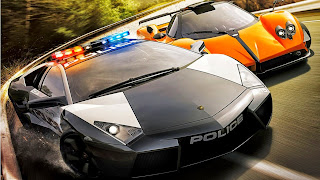 It’s possible to escape a police car chase, despite the Crown Vic, helicopters and other sophisticated police interceptor equipments. Almost everything can be possible especially with “technology and brain combo”, if there are people capable of becoming real life Batman, then you can certaintly escape a high speed Police Chase.

Imagine you just got the latest speed car, and you decided to test it out via speeding, you know what follows when you start speeding, a cop following with ticket ready, refuse to stop after some warnings it will turn to something. When that happens here is how to come out on top despite whatever the police will throw at you.
To escape the police in a high-speed chase, you need to basically

1. Have a faster car than the police.

2. Be fortunate enough that there aren’t other cars or helicopters in the region.

3. Get enough of a lead to make it unclear where you have gone.

5. The car should not be connected to you.

The above circumstances are difficult, several of them are out of your control. Just as one Qoura user said the “old movie trick of ‘I crossed the state border, so they can’t pursue’ doesn’t work” especially if the speeding is done in the States. They will contact the other state to get authorization. The pursuing officer may even do a citizen’s arrest.

The second method is the one that require some important things like Technology, Time, Skill, Manpower and other little things. To pull this off you need money but not lots of it, as many things will be done by what you’ve learned.

1. A degree in programming with electronics minor is needed, go to school for that. Stuntman school is next, also get trained as a mechanic. Working for an agency like Google will help your cause, you’ll need to be in the self-driving car program. Steal the car, with your knowledge gained in school, modify it to break the connections to Google’s data collection.

Reprogram it for high-speed chases, then modify the Prius for speed. You now have your car.
2. Next, you first have to eliminate your biggest threat, which will be from air. To do this have an accomplice take over a radio tower and modify the equipment to provide broad-spectrum jamming on frequencies the equipment was made not to interfere with. This will interfere with radio pursuit and make it unsafe for the helicopters to fly. Helicopters and other aviation eliminated.

3. Take care of the land pursuit by creating several diversions to distract and draw resources away from your location. Such things huge fires, car accidents, riots. In order to get enough resources diverted, unless you’re a magician this will involve lots of death. But as they say “you gotta break eggs to make an omelet”

4. Next modify a car with spike droppers, oil slicks, and smoke screens. That will take care of the pursuers. A reinforced chassis with a ram plate will deal with roadblocks. Solid tires will deal with spikes. SAM will deal with the helicopters. You also need to do these modifications in such a way nothing will be traced back to you.

Once you’ve done all this take your car and hit the road, and let the chase begin. To take care of emergency (you never know what the government can come up with) find a collection of several spots that have overpasses near corners. When you change your mind just use one the overpasses, and hide while the car continues without you.