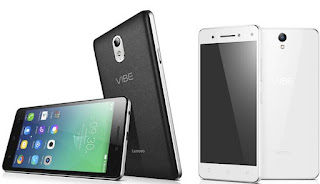 How to root my Android device without a computer

To root an Android device, without a pc, you need to download and install an app which is free. This app named universal AndRoot which claims to root all android device.
1. Go to settings applications click check box unknown sources save it.
2. Find the app “universal AndRoot” on the app store or download above, install it and move on to the next step.
3. Open the application and click Root, making sure you select your version. E.g Tecno d7, Google Nexus 1, Your Android smartphone will be rooted.
This works for many devices, so they say, but here the list of smartphones this works on.

Reasons why Rooting Android without a computer won’t work

Generally it’s a proven fact that to out-do someone you need to be better than the person. A God can’t bow to a master. To root your device without a pc you need an app right? Tell me is an app better than your device, put simply who is greater your smartphone or an app? In line with this, because you’ll trust the app to do it automatically for you, it means you give the app everything about your device at that time your passwords, contacts etc you just might not know it. Imagine given the devil your soul!, due to the nature of an app it could malfunction sometimes and corrupt your device.
Is a Computer better than Android? Yes, it’s it greater? Yes, is an Android better than an app? Yes, greater? Yes. What will you trust the computer’s abilites which your control (thereby making it your abilites) to root your Android without any problems or an app which you don’t control and may be programmed with a hidden agenda in mind? (think of US NASA, CIA, FBI and other security agencies how do you think they get information about people? If phone calls can be monitored who knows what else.)
In summary You could simply lose your android smartphone!
Despite this it has some advantages, and oh yes! Disavantages.

1. You lose control of your device at that time.
2. You phone’s information could be gathered including personal informations like pictures and all.
3. You may even lose some of your information, if didn’t back up then sorry.
4. Since this app is not 100%, the unexpected may happen, just that it didn’t happen that time doesn’t mean it won’t happen, afterall Rome was not build in a day, even Android manufactures acknowledges that the Android was not built in a day, it took time.
5. Try as much you like without a pc, you can’t root this devices. Infinix x351, TECNO L3, karbonn A25, samsung gts5570 2.2.1. version, Neken N6 Android 4.2.1, SONY ERICSSON Xperia-8, samsung galaxy y pro duos, galaxy Shw-m110s, alaxy S3 Verizon, tecno t3, karbonn a3, Lenovo A690, galaxy ace s5830, huawei ascend y300 , tecno n3, myphone a818, samsung galaxy gio, tecno d5 ics 4.0.4, xperia u, spice mi 280, micromax a52 etc. Although with computer you’ve a good success rate.
Conclusion: Android without a computer root is not bad, just make sure you back up your device just in case.

1 thought on “Warning Root Your Android Manually Without Computer”