Skip to content
This are simple ways to fix your Android phone when the Launcher crashes and you get the unfortunately launcher has stopped message.
This methods are do it yourself based which means you don’t need to involve any third party, you will be able to do this even if you’re not geeky. With this three methods your problem is solved, provided you follow it religiously. 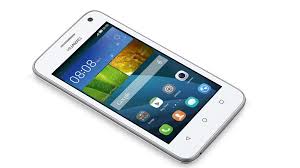 It is true that this smartphones Alcatel, Tecno and Micromax Launchers are a bit stubborn when it starts developing faults like this, nevertheless their launcher problem are solvable.

This method involves clearing the Launcher. This is done so as to clear or delete any residue data that may be causing this glitch. To do this
– Locate Settings > Apps >
– Then Swipe left to All
– Scroll down to Launcher > click
Launcher > Click clear cache
Some might find that clear cache may not work, some may also find that it might initially but when a  Google app is removed it starts  happening again, when installed back, it becomes OK
fine.
If this does not work try this second solution

This second method is used to get ride of permanent and temporary data, before automatically stopping the process and restarting your launcher. To do this
– Again go to Settings – Apps >
– Then Swipe left to All apps
– Scroll down to the Launcher app> click Launcher
– Force stop and clear cache
– Click clear data this time around.
Finally if the above two solutions fails, which is rare. Here is the third thing you’ll need to do.

If the the problematic launcher is a third party launcher then uninstall it and install another one. If it is an inbuilt launcher which you can’t uninstall, install another new launcher and set it as the default launcher.
Note: If all this fails which is 95 percent not possible then hard reset your Android phone.